When assigned the task of creating an avatar for Gliobot, I decided that it was best to ask my colleagues how they envisioned the little guy (that, and that he might be cylindrical like R2D2 was the only aspects I could envision for him). After all, I only joined the team recently, and they know him better – he does order them around, like assigning coffee-making duties, etc.

Here were the suggestions for his likeness:

So I set out to Frankenstein our little Gliobot, and this is the result (from doodles to final illustration): 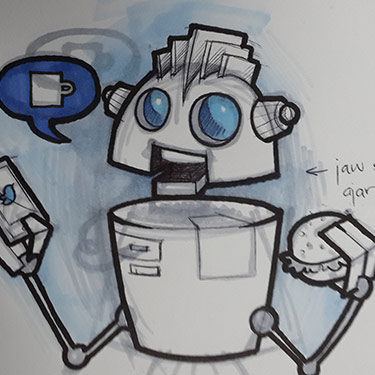 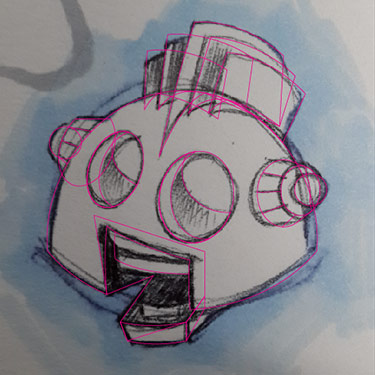 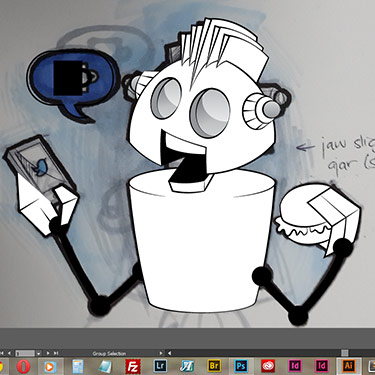 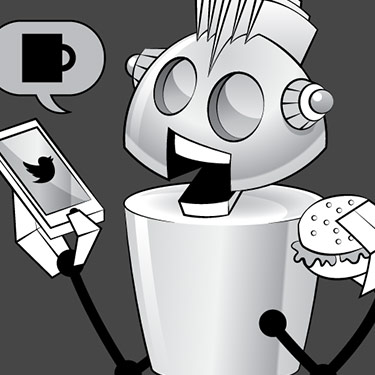 I am an illustrator and graphic designer with extensive skills in Adobe Illustrator, Photoshop and InDesign. Although my preference and highest illustrating aptitude lies in figure-drawing, I am comfortable illustrating a wide variety of subject matter.